The following article, written by Ian Lee, was published in Pipeburn on 5 November 2015. The original article may be found here.
This build was selected as Bike of the year 2016 by Wind Blown. Further information may be found here. 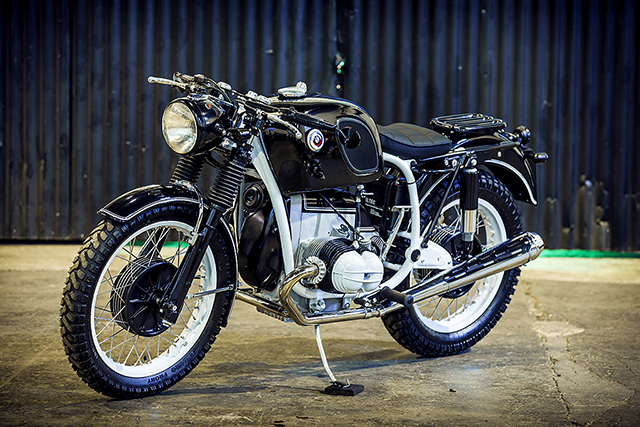 Many of us set out to build the bike of our dreams. It’s rare that someone literally builds the bike in their dreams. Donovan Muller of Cytech did just this in his latest build, a monochromatic masterpiece that was designed with his eyes closed, but built with his mind open. Taking design cues from a machine he envisioned while asleep, Donovan has put the Cytech touch on a BMW R50/5 of 1971 vintage. The end result proving it doesn’t matter which model Beemer that Cytech is working on, the end result is something out of this world. 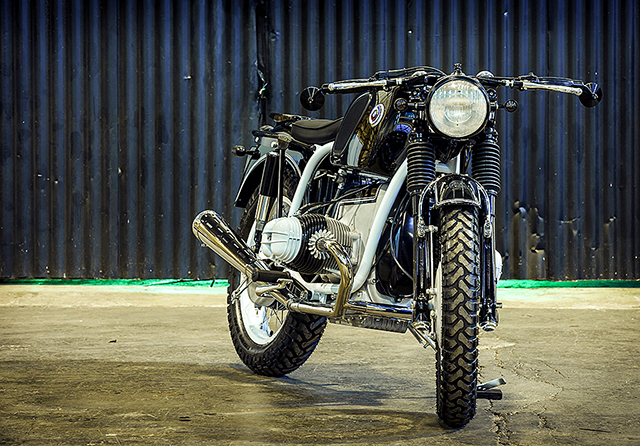 On starting the build, Donovan had to ignore the constant questioning of whether a white frame would look good on a bike, as well as the fact that the R50 isn’t the sort of bike worth customising. He stripped down the bike to the bare frame, powdercoated it in white, and started to dispel the doubt that this build was a bad idea. On refitting the factory guard, a BMW R26 rear carrier was fitted to give an old school look. To allow for decent touring mileage, a 21 litre fuel tank is fitted to the bike, with new Germa fuel taps and Goodyear fuel piping to safeguard the bike’s reliability on rough South African roads. 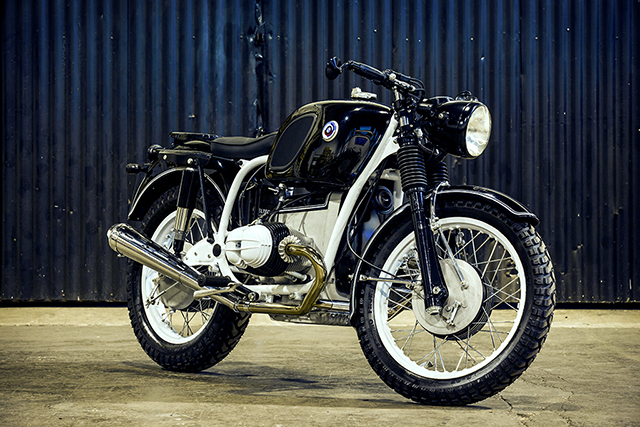 Next on the agenda was giving the bike a boost in power. According to Donovan ‘in standard trim they are very slow, but with the engine modifications we have made, it now means she can run at a comfortable 120km/h’. These mods include a change to 600cc pistons, along with the fitment of cylinder heads from an R60/5. The factory Bing carbs have been blasted, rebuilt and mounted with K & N pod filters. To allow for the custom air intake, an airbox eliminator has been mounted on the engine and painted to suit the aesthetique of the airhead. Going for a cafe racer style for the exhaust, 38mm headers equipped with big fin exhaust nuts feed through to ever so slightly upswept Dunstall silencers. 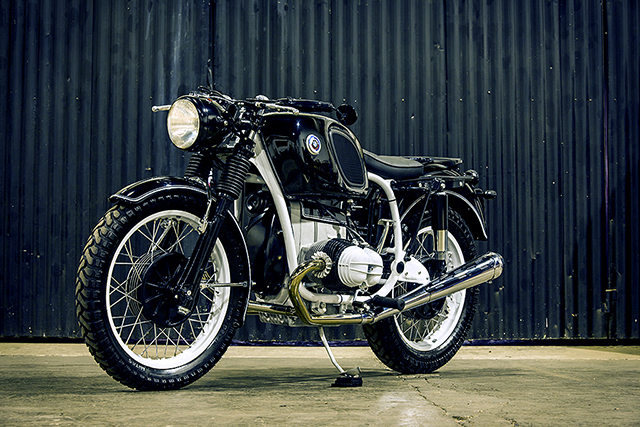 Cytech isn't just known for it's custom rides, the company also builds adventure tourer bikes, and carries out tours of the African subcontinent. This has allowed Donovan to know what makes for a good suspension setup. Overhauling the factory front forks, upgraded progressive springs have been fitted along, with new headset bearings. To keep with the black and white look of the build, the rims have been powdercoated White, while the hubs have been powdercoated black. 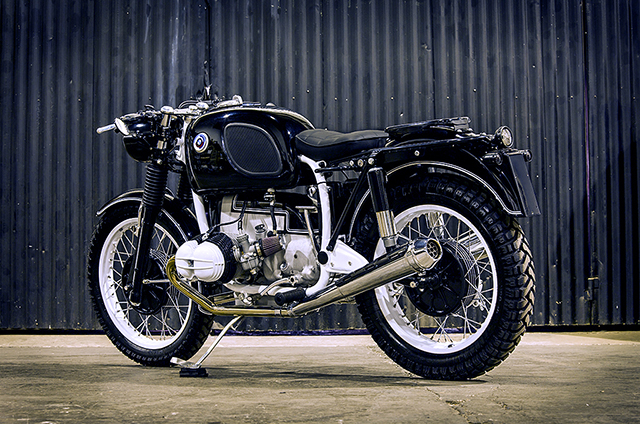 The hubs have been laced and trued in house with stainless spokes and nipples, while the forks were apart the brakes were reconditioned. Tough looking rubber is fitted in the form of Mitas E07 tyres, 19 inch at the front and 18 inch at the rear, each packing Michelin reinforced inner tubes. Finally, to make sure all power required gets to the ground, the gearbox, driveshaft and diff have all been overhauled. Finally, a set of Hagon shocks brace the swing arm for when the Savannah beckons. 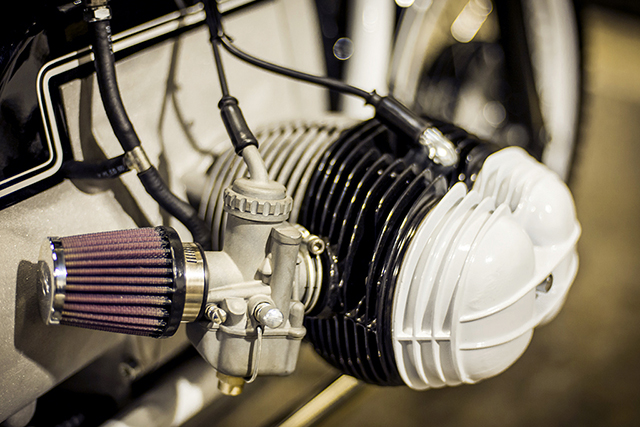 Bringing dream to reality, Donovan Muller of Cytech has produced a custom that can’t be put into one particular category. Featuring both touring ability, as well aesthetically pleasing, this bike shows you don’t need bright colours to attract attention. This bike is the stuff dreams are made of. 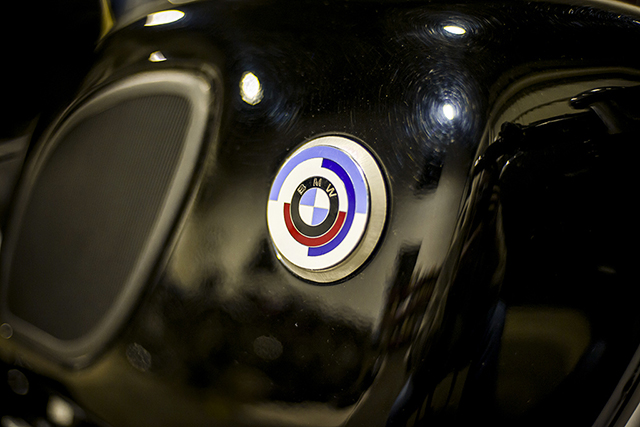 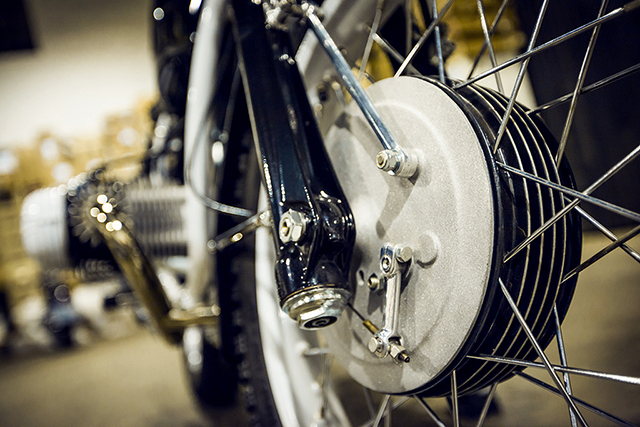