The article below was published by Bike EXIF. The original version may be found here.
A BMW R69S WITH A BIT ON THE SIDE
Few things in the world of motorcycling are as cool as sidecars. And the allure is magnified when the rig in question is both vintage and ultra-rare.

This very classy setup was put together by South African BMW experts Cytech, and pairs a 1964 BMW R69S with a 50s-model Steib sidecar.  "The client had been in touch with us for two years looking for this particular sidecar combination" says Cytech owner Donovan Muller. "Eventually we made the match".

And what a match it is. Steib was the sidecar of choice for BMW Motorrad in the 50s; replicas are still available, but finding an original is a tad more difficult. This one was bought from a deceased estate, as part of a bigger lot—but it was completely dismantled, and riddled with rust and amateur repair work.

Cytech’s restoration on the sidecar would rival many complete motorcycle rebuilds. The main shell was stripped, sandblasted and repaired, and the wheel fender was rebuilt with sheet metal before being painted and rubberised inside. 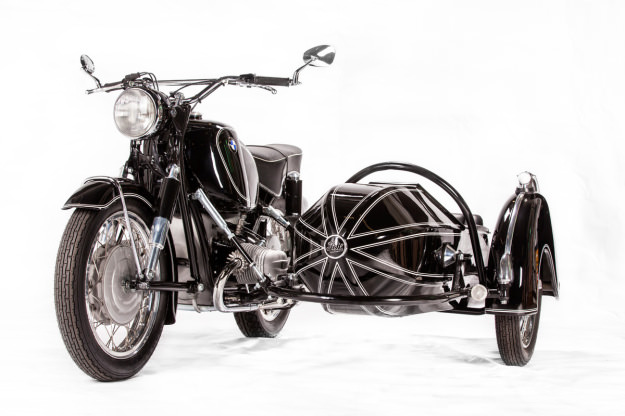 The sidecar’s wheel received new spokes and nipples, the hub was powdercoated, and every nut and bolt was cadmium plated. Cytech has also fitted a new aluminum bead to the fender and body, and refurbished the original tail light and Steib badge. The seat was recovered in black leather with gold pin studs.

The BMW itself was also in need of a serious restoration, and was even missing a few parts—such as the seat and exhausts. So Donovan and his team tore into it with vigour, completely overhauling the engine, gearbox and original 26mm Bing carbs. 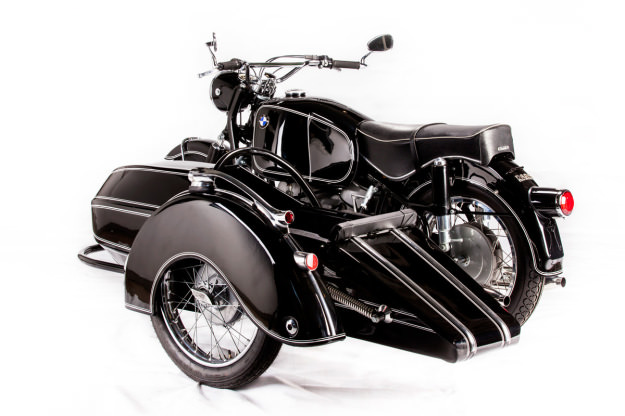 The electrical system received a serious refresh, with a new wiring harness and ignition system, and the suspension was rebuilt. Every little detail was attended to—such as fitting tapered steering head bearings and replacing the air filter housing.

A rare long range Hoske tank was fitted, with a Karcoma fuel tap and a set of US-spec R50 handlebars to accommodate its width. Other top-shelf parts include a Denfeld bench seat and Bumm bar-end mirrors.

Then a full stainless steel exhaust system was installed, and a set of wide-lipped aluminum rims built up with stainless spokes and nipples. Metzeler rubber was fitted to the bike and sidecar’s wheels. 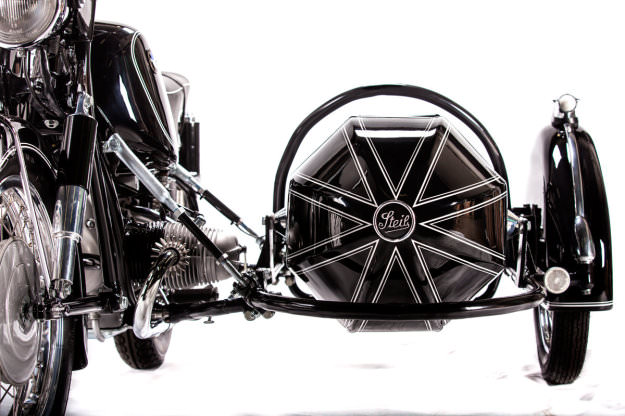 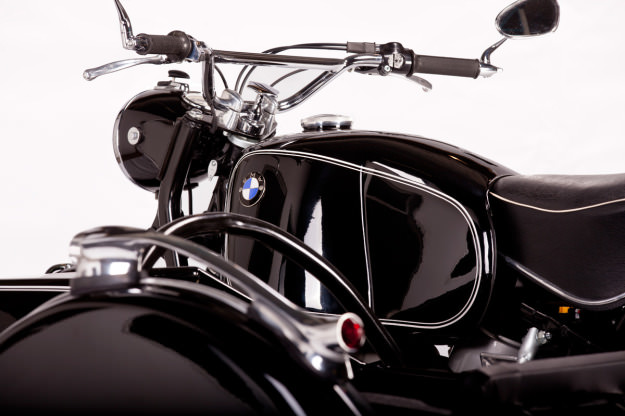 By default, the sidecar mounts were all placed on the right from the factory. “But for the road rules in South Africa, the sidecar must be mounted on the left,” explains Donovan. Cytech moved the mountings to to the opposite side of the bike, and finished everything in a timeless BMW livery: black with white pinstriping.

Both the R69S and the Steib are immaculate in their own right. But combined, they’re unbeatable.

It’s the perfect rig for ambling around on a Sunday afternoon, in style. 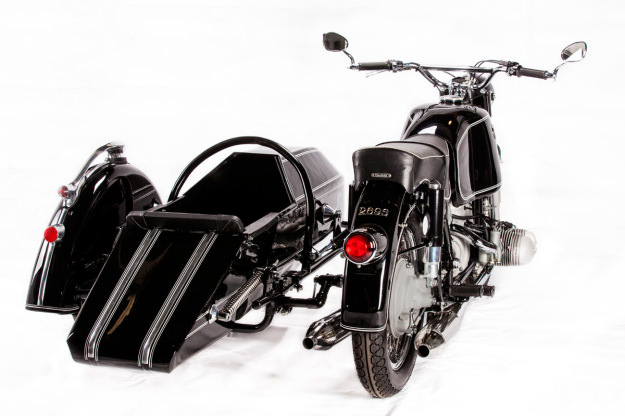 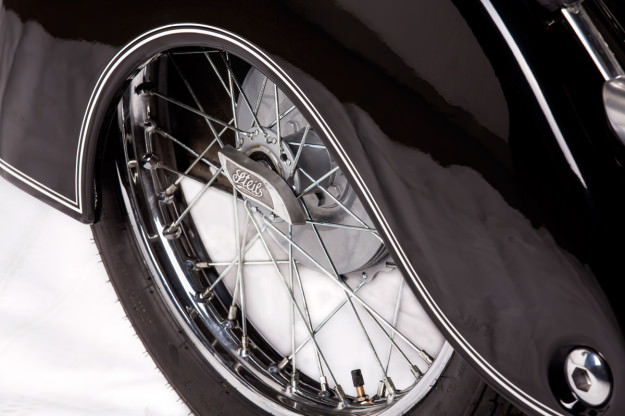