The following article, written by Ian Lee, was published in Pipeburn on 9 July 2015. The original article may be found here.
Somewhere along the way BMW Motorrad missed an opportunity. An opportunity to build a real factory café racer. A bike which would make the heart race faster. To continue the tradition that was born in the R90S, that of BMW saying ‘hey guys, look, we can build exciting bikes’. Don’t get me wrong, the R100RS of the mid seventies was a nice bike for its time. But it could have been so much more. Luckily, Donovan Muller of Cytech could see the potential in this 1977 BMW R100RS, and utilising factory componentry, has managed to produce what might have been. And it would have been good. 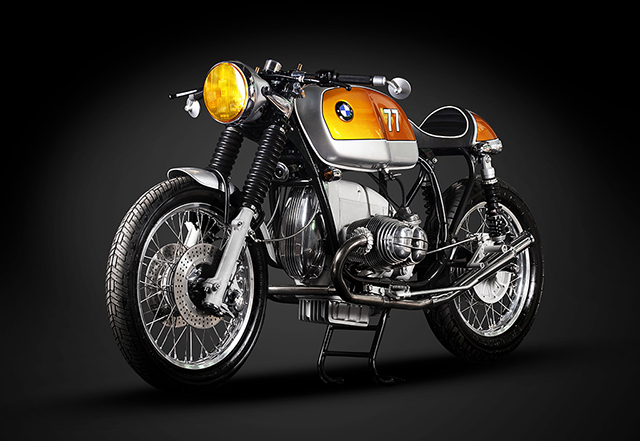 The idea to build a BMW cafe racer came about after ‘many months of research and large amounts of tequila’. The current owner commissioned Cytech to build him a bike, with the decision made to aim for the one litre capacity, to have dual disc front and spoked rims. Luckily, a 1977 model R100RS was stumbled upon, the poor bike having been subjected to being customised and bobbed. The owner and Donovan of Cytech could see the ‘pure BMW cafe racer’ in the rough bike, and got to work. 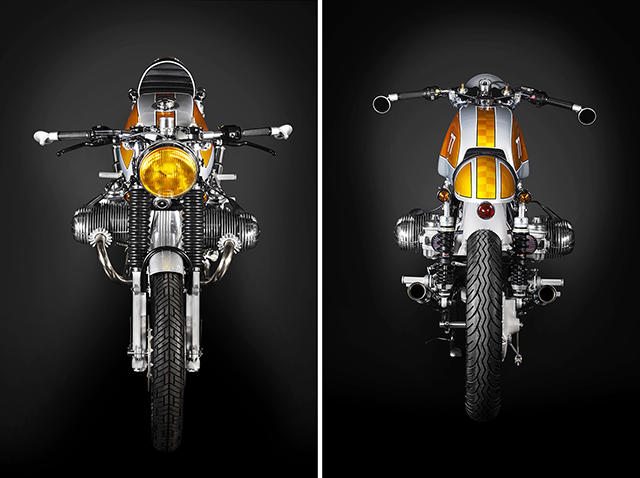 Taking the bike back to bare bones, the frame and custom subframe were powder coated. While the power plant was out, it was stripped down, the engine casing was sandblasted, and the flywheel machined down. Once these simple yet productive processes were carried out, it was treated to a full rebuild and fitted with a deep dish sump. The Bing carbs were given a work over, and K&N pod filters fitted in place of the factory air box. 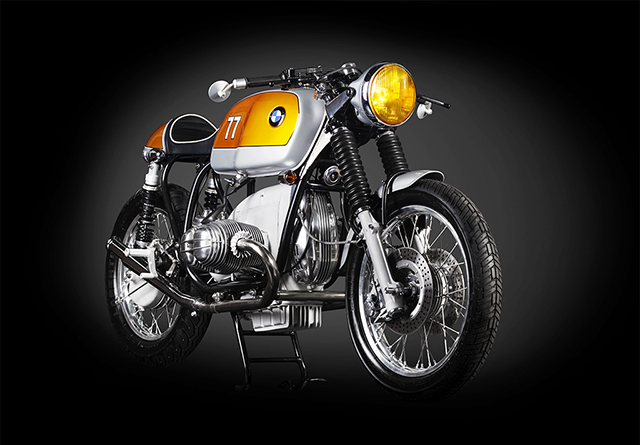 Utilising as many factory parts as possible, Cytech has kept the Beemer ‘looking like a bike that came off the production line, not chopped, hacked or highly modified but more of a thoroughbred’. The factory rims have just been polished up, the factory hubs sandblasted. Still sporting its original forks, they have been spruced up with a set of Wilbers progressive fork springs, and a custom front fender. Clip ons have been fitted, but the original controls and handlebar mounts have been used. At the tail end, a set of Wilbers adjustable rear shocks help support the custom seat produced for the build. Rolling on Metzeler tyres front and rear, the power comes through the rebuilt factory gearbox to the original diff assembly. So much BMW goodness. 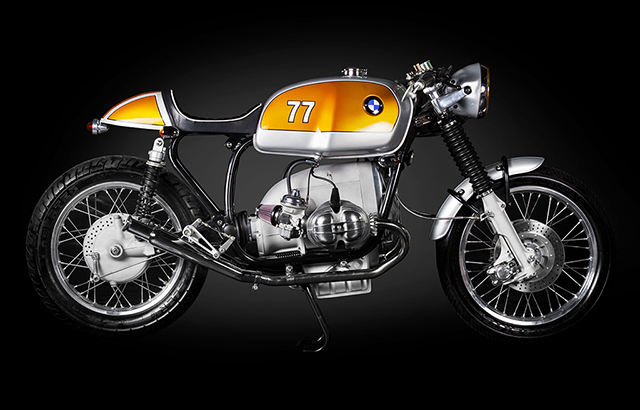 To keep that factory look, a BMW fuel tank is fitted, albeit modified with a Monza fuel cap. The colour scheme for the bike is ‘Tequila Sunrise’, a colour reminiscent of the factory R90S paintjob. To keep with the sporting look of the airhead, the exhaust is made up of stainless headers feeding into upswept trumpet style tail pipes. 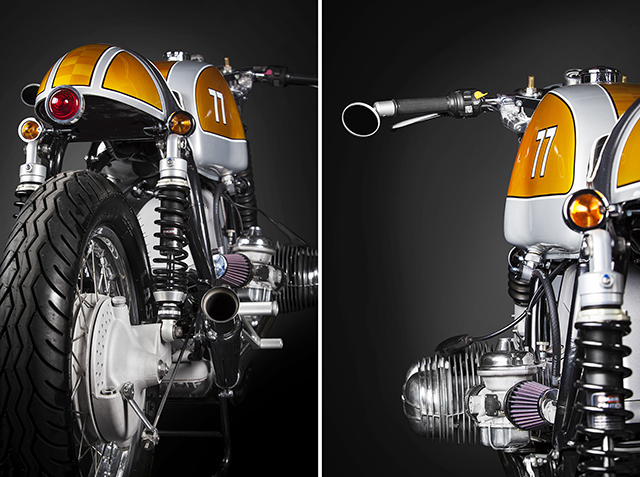 Low and lean, this burnt orange Beemer is exactly what the customer ordered, with Donovan explaining: “the bike and the dream became a reality, looking better than imagined and rides like a beast.” Your loss BMW. 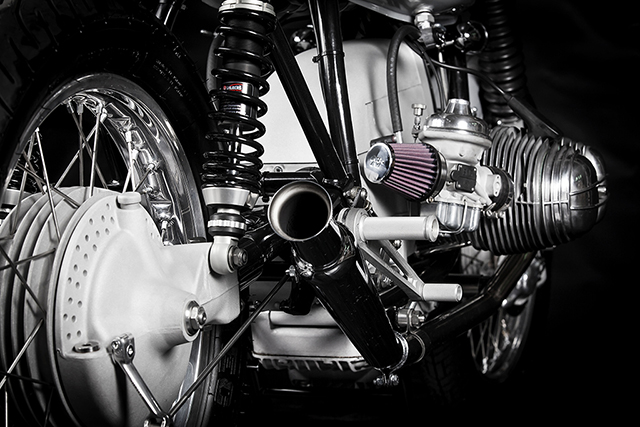